As long as higher education has existed, students have lost sleep over choosing a college major. What if they hate a field of study they thought they loved? What if the job market changes while they’re in college? And what if they just don’t have a strong desire to enter any particular industry? Should they even bother with going to college?

For ambitious students riddled with anxiety over making the right move, majoring in liberal arts could be the answer. Based on the Classical Greek philosophy of universal learning, liberal arts focuses on creating creative thinkers rather than technical experts. Their studies are diverse, balanced, and built on a multidisciplinary approach to learning.

But that doesn’t mean students who study liberal arts don’t have an area of focus. Most programs encourage students to choose a particular field like:

Within each of these fields is a whole world of concentrations liberal arts students can explore. From the budding botanist to the stage-loving theater actor, there’s a little something for everyone in the realm of liberal arts.

That’s not where the opportunities end, though. If you’re still weighing the pros and cons of pursuing a degree in liberal arts, here are three reasons to give it some serious thought.

Very few people get to college with a clear idea of what they want their futures to look like. Of those that do (and honestly, good for them), many change their minds anyway.

In fact, the US Department of Education says 33% of all bachelor’s degree students change their majors at least once in the first three years. Surprisingly, STEM majors, who might be assumed to have clearer career goals than their peers, switch it up more than anyone else.

While that jump may be a big deal for students studying very specific fields, that’s not necessarily true for liberal arts students. To find out why, let’s look at what a typical liberal arts course load looks like.

No matter what concentration a liberal arts student decides on, they’ll probably have to take some core classes during the first year or two. This might include introductory classes in:

After that, students can start filling up their schedules with courses required for their chosen concentration. They may even have room to take electives outside of their fields of study.

So when switching majors starts looking like a good idea, students who study liberal arts can already have an academic background in their new passion. Just as importantly, they can use elective spots to make up for starting their new major later than planned. They can still graduate on time with a degree they can confidently present to employers and grad school admission boards.

Employers Value Creative Problem-solving Skills Over Everything Else

Students often attend college to enhance their career opportunities. That raises some important questions, though: what skills do employers want? When you study liberal arts, isn’t your education more general than what you would get from a technical or trade school? That doesn’t seem like it’d set you apart from other job applicants.

On the surface, that’s a sound conclusion to make. Specific technical skills are valued in certain industries, but according to a survey conducted by the National Association of Colleges and Employers (NACE), 91% of employers value problem-solving skills above everything else. Only about 66% of employers listed technical skills as one of the top things they want to see on resumes. 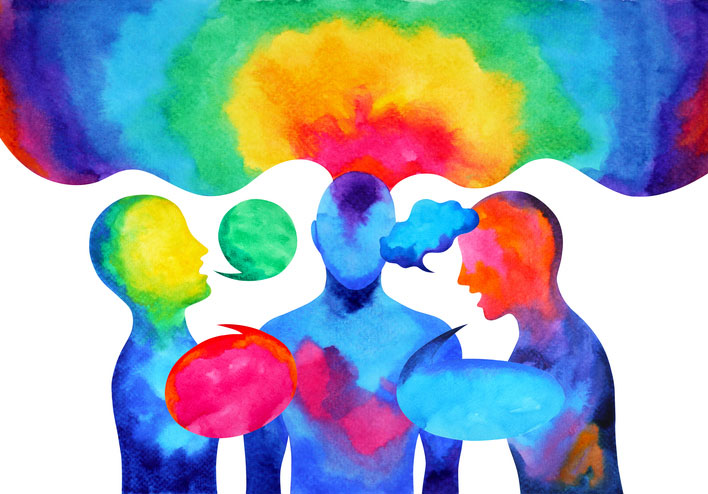 And really, molding creative thinkers is what studying liberal arts is all about. When students take classes that fall outside of their major, they’re probably going to approach the subject in a unique way that not just brings personality to their own education, but to their peers’ studies, as well.

The English major will see poetry in learning about astronomy. A chemist can bring a dash of hard science to art history. Conversations wander into new territory. Old problems get new solutions. Brains light up as students realize that there’s more than one way to approach just about anything. They learn how to shift perspectives — a trait that can carry a person far personally and professionally.

What Is the Job Market Like for Liberal Arts Majors?

Problem-solving skills are great and all, but nothing helps students make an informed decision about their education than cold, hard numbers about the job market. Fortunately for students who study liberal arts, those numbers look pretty good.

According to the BLS (Bureau of Labor Statistics) , the median annual income for people who hold bachelor’s degrees in liberal arts is $50,000. The median income for all American workers sits at about $41,500, so that’s already not a bad jump in pay. However, those numbers don’t paint a full picture.

Because of their understanding of diverse subjects, liberal arts majors often go to grad school to narrow their focus. Some go to law school, some to medical school. Many go into teaching and school administration. Still more go on to earn a Master of Business administration and become CEOs and business executives.

Each of these careers has its own salary expectations and career growth opportunities, but are some of the top paying careers open to liberal studies majors. They’re careers that require stellar interpersonal skills, meticulous planning, and the ability to approach problems from multiple angles. A liberal arts education could be key to gaining those dynamic, high-level skills.

In most cases, when students pick a major, their academic progress is somewhat limited in scope. They have to take certain classes and don’t have a lot of time to explore other disciplines unless they take on a minor. This isn’t necessarily a bad thing, but students who study liberal arts often have more leeway.

For example, liberal arts students at Adelphi University, a private university in New York, can choose from two of four concentration areas: business, psychology, social science, and emergency management. As different as these fields of study seem, they can actually work very well together in just about any configuration.

Combining social science with emergency management could help students find high-level jobs in disaster relief coordination. A background in psychology and business sounds like the perfect recipe for a marketing career. In a way, each combination is its own distinct major within the liberal arts program. And students are free to mix and match how they please.

At Colorado State University, liberal arts majors are free to mix and match dozens of courses. They can design their own major completely from scratch (as long as the course load meets core curriculum and graduation requirements) or select from one of a handful of course clusters like:

Each school’s liberal arts program is designed just a bit differently, but one thing remains the same: students are empowered to make their own decisions.

With such a flexible structure, liberal arts students get the best of both worlds. They can prepare for roles in specific industries while also maintaining a broad perspective.

So How Do I Earn a Degree In Liberal Arts?

The world is more connected now than it has ever been. Professionals in every industry need to be able to navigate it with perspective, understanding, and an open mind. By earning a bachelor’s degree in liberal arts, students can learn these skills. And they can do so on their own terms.

If the benefits of a liberal arts degree sound like they align with your professional, educational, and personal goals of becoming a well-rounded student of the world, research just what goes into earning a bachelor of liberal arts degree. Want to study online? Want the full on-campus college experience? Want to let your passion guide your academic career? With the right liberal arts program, those choices are wholly in your hands.