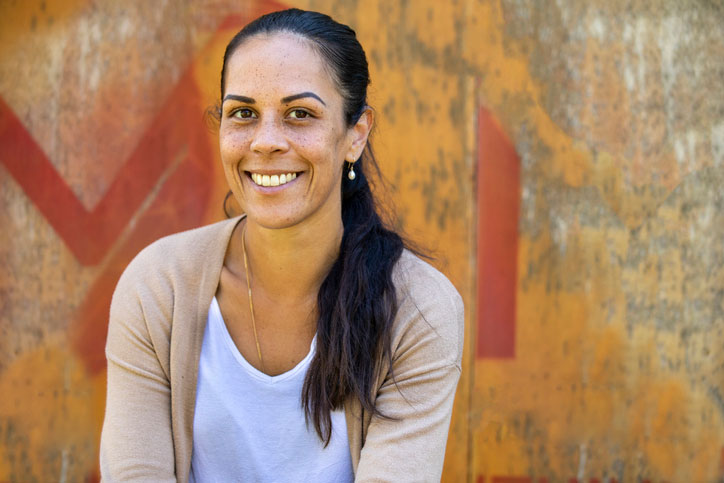 There’s no doubt you are going to get this question a lot when you tell people you are considering getting a liberal arts degree. You’ve probably heard the criticisms already from short-sighted naysayers.

So, What is a liberal arts degree good for?

If you’re inspired by the idea of getting an interdisciplinary education in the classic tradition of the liberal arts, then you certainly don’t owe anybody an explanation beyond that. But you should be able to confidently rattle off a good answer to that question for yourself. The wide world of business, technology, science, media, the arts and beyond, all put a lot of value on well-rounded, well-read, worldly, creative, critical-thinkers capable of drawing from interdisciplinary knowledge to come up with outside-the-box solutions. That’s exactly the kind of graduates liberal arts degree programs produce.

The liberal arts have been run down so broadly and for so long that people seem to have forgotten what these degrees are good for. But the answer to that question should be pretty encouraging: they’re good for practically everything.

Liberal arts grads come out of their university education with a strong sense of their own abilities and values. That opens up a world of possibility when it comes to things you can do with that education.

A liberal arts education is unique. It’s not so much about preparing for a specific professional role, but more about boosting your ability to think, problem solve, and to be further educated. Your critical-thinking skills get sharpened up. Your analytical and research abilities are honed. Your flair for communication, both written and verbal, gets polished.

Those are the kind of general purpose, all-around abilities that can make you successful in any endeavor. Take that, naysayers!

Let’s take a look at exactly what you can do with a liberal arts degree.

Many liberal arts graduates are surprised to find that a whole lot of very technical and specialized professions are open to them. In fact, some of the most technical industries are clamoring for liberal arts degree holders today:

Although modern computer science kicked off among hardcore technocrats, a funny thing happened on the way to it being broadly adopted by the public: everyone realized that it had to be more accessible and easier to understand for normal people. That has left Big Tech scrambling for liberal arts grads who can put technology into cultural context, translate technologese into English, and who understand human behavior and motivations at a deep level. As those companies enter into deep philosophical and linguistic territory with artificial intelligence and natural language processing, liberal arts grads are leading the way.

Growing up right alongside the World Wide Web, with 4k capable phones in every pocket, media has gotten pretty high tech. But the field still needs artists and producers who can craft a story line, tell a tale, and turn a phrase like a coked-up street racer drifting around a neon-lit Tokyo street corner. Liberal arts degree programs are where that kind of talent is coming from, and there are jobs aplenty in this field for them.

Government is full of wonks and technocrats, powering bureaucracy that does everything from issue food stamps to track license plates. But governance is fundamentally about people, and a liberal arts-driven understanding of human goals and motivations is a must-have for effective government operations.

Medical uses of technology have proliferated just as information technology has exploded. But the human touch can be missing in high tech treatments for cancer, dementia, and diabetes. Ethical questions abound as DNA-based therapies are developed. Communications issues, as everyone has seen with the COVID-19 vaccines, can become huge roadblocks. The biotech and healthcare industries are well aware that they need more classically trained liberal arts degree graduates to help deal with those issues.

A liberal arts career path in those industries or other hot businesses can be lucrative enough that all those naysayers will be holding their tongues after you graduate. 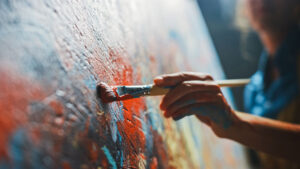 A lot of liberal arts grads don’t even really want a regular career, though. You’ve got big ideas and the skills to realize them. The only limit is your imagination.

Of course, this is just a sampling of the eclectic things you can do with a liberal arts degree. The point is that when you have a liberal arts background, there are few boundaries on your aspirations.

Artist – Artists offer society an opportunity to reflect on itself, on history, on humanity. While talent can’t be taught, it can be cultivated. Many liberal arts programs allow you to explore your creativity in various kinds of artistic expression. More importantly, they give you both a history and a context for that expression. You learn to look at the world in the way that artists must look at the world, seeing the beauty and the flaws, the dreams and the reality. A liberal arts appreciation of the classics and great historic works of art powers your modern conceptions and interpretations.

Event Organizer – The communication and creative problem-solving skills you learn in the course of studying the liberal arts are a perfect fit for putting together some rockin’ parties. And we’re not talking baby showers, although you could go that route if you want. No, big ticket events with venues like super yachts, cutting-edge art galleries, and major sports stadiums all need someone putting all the pieces together. Convincing the hottest band to play the gig, getting the best catering company lined up, and ensuring that decoration and preparation are spot on are all tasks that require a lot of charisma, planning and organizing skills, and impeccable taste. A liberal arts degree can build out all of those qualities and make you a sought-after commodity on the big event circuit.

Journalist – Journalists have to be keen observers and put together apparently disconnected pieces of information at lightning speed. Then they have to sit down on a tight deadline and figure out a way to present all that information as part of a coherent story that grabs the interest and understanding of their readers or viewers. Studying the liberal arts hones all of those skills by exposing you to a wide range of ideas and knowledge in different fields. It also teaches you what kind of stories people think are important, and how to craft emotionally-resonant tales from facts that you uncover.

Genealogist – There are few fields that combine the liberal arts pillars of history and humanity together the way that genealogy does. In opening an unparalleled window into family history, a genealogist needs the perspective and knowledge earned in a liberal arts degree program:

Linguist – Linguistics isn’t as simple as just learning other languages. A good linguist has to incorporate cultural analysis and informed historical perspective into their studies. A language can tell a story of a people, but learning the story of the people also helps you understand the language. A good translation incorporates more than literal meanings. Liberal studies give you the big picture on socio-cultural language use. 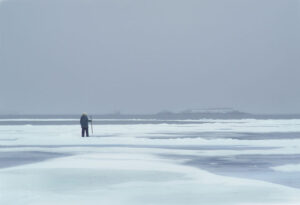 Why do Yupik, Inuit, and Sami languages have hundreds of words for snow? It’s not simply that the speakers lived in a land of perpetual snow and ice. Liberal arts studies will reveal to you that it has much to do with the nature of the languages themselves, which use suffixes extensively to modify roots rather than the English style of using compound words or descriptive sentences. This has the effect of creating many new individual words, but with no more meaningful distinctions than a speaker of another language could impart.

Paleoanthropologist – Anthropology is a field that involves many hard sciences: chemistry, biology, anatomy. But anthropologists diving into the paleontological realm need to combine those scientific precepts with the kind of creative thinking, pattern-matching, and leaps of interdisciplinary knowledge that come naturally to people with liberal arts degrees. Seeking out the potential for humanity in ancestral beings who lived a million years ago or more requires massive conceptual leaps and imagination on top of scientific prowess. A liberal studies degree gives you the foothold in both disciplines that you need to bring them together to study the earliest eras of humanity.

What Can I Do With a Master’s in Liberal Arts?

Earning a master’s degree in liberal arts puts you in some pretty elite territory. The unique nature of a MA in Liberal Studies (MALS) or Master of Liberal Studies (MLS) means that most students more or less create their own curriculum.

That offers the opportunity for you to put together the ideal course of study to pursue all sorts of specialized, interdisciplinary career paths. Have dreams of becoming poet laureate of your state, or even the country? A MALS or MLS will submerge you in the artistic forms you need to explore to unlock your path to truth and beauty.

Are you a creative soul in a technological industry? Earning a MALS or MLS can help you marry the artistic path your essential nature wants to walk down with a practical career that pays big money. Maybe you are working on the Great American Novel and need to find a muse in the history books. Maybe you have an obsession with Molière that just won’t quit until you’ve earned your own chops as a playwright. 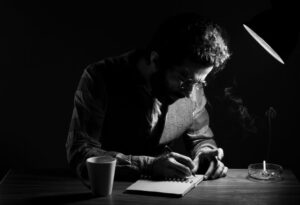 There are few limits to what you can explore.

One of the most popular things that people do with a MALS or MLS degree is go on to even more schooling. There aren’t many other ways to be better prepared for a rigorous PhD program, even in a more specialized field, than through the kind of brain expansion that comes with a master’s in liberal arts.

When a Liberal Arts Degree is Just Plain Good For You

Not all liberal arts graduates earn these degrees just to get a job, either. Sometimes, what you can do with a liberal arts degree is simply to lead a more informed, more fulfilling life. This is true at the undergraduate level, and arguably even more so at the graduate level among those that go back to school specifically for the enrichment a master’s in liberal arts offers.

Indeed, wrapping your identity up in your vocation is a relatively foreign concept for liberal arts graduates throughout history. Until the 20th Century, if you were among those students lucky enough to get a university education at all, the liberal arts were the primary path, considered just another part of becoming a well-rounded member of society. You weren’t there to learn how to do a job. You were learning how to be a complete, thoughtful, intelligent human being.

That’s still a perfectly worthwhile goal. Maybe more worthwhile than ever. And when someone asks you what a liberal arts degree is good for, maybe that’s the only answer you really need.