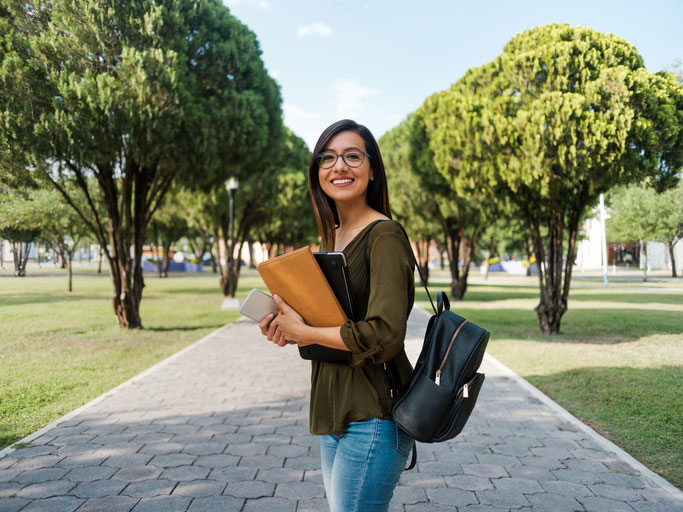 What is liberal arts? In modern usage, the definition of liberal arts are those studies at the college or university level that are intended to offer general knowledge and build a foundation of logic and reasoning rather than to provide professional or vocational skills.

Your definition of liberal arts may depend on what you are asking the question about. The field of liberal arts is very old, and the concepts it covers are some of the deepest and strongest foundations of our civilization. Once you start looking for a liberal arts definition, you’ll find the concept popping up in all kinds of aspects of modern life, from education to equality.

The answer to the question what is liberal arts has changed over the years. Originally, the term would have been phrased in Latin: liberalis ars, or “free art or principled practice” contrasted to artes mechanicae, the mechanical or servile arts that would have been taught to the laboring classes. And it would have been further defined in Latin as the combination of the triviumand quadrivium, categories of study that comprised the seven traditional liberal arts:

Trivium – The Arts of the Word

In classical medieval universities, students would have first taken up the trivium, honing their speaking, writing, and critical thinking skills in the first years of their education before moving on to the science and knowledge of the quadrivium subjects.

In that sense, the two topics worked hand in hand. One focused on the ability to learn and reason; the other offered the knowledge and skills to be absorbed through the other.

So Then, Exactly What is Liberal Studies?

When you get down to it, today’s definition of liberal arts, or liberal studies as it’s more frequently being referred to in modern parlance, isn’t really all that different than those original definitions. The logic and reasoning skills that liberal arts colleges teach today are there to prime students to absorb scientific and technical knowledge in a wide variety of fields, everything from physics to history.

So what do liberal studies mean in the modern context? We have to talk more about a liberal arts definition when we look at how it is actually used by people today.

For starters, when liberal arts is used in the broadest sense, talking about education in general, it just means the kind of broad-based, comprehensive studies in a variety of subjects like history, math, and language arts that pretty much every curriculum follows from kindergarten on up. In that sense, most Western-style education follows the model of liberal arts, encouraging a broad range of knowledge that fuel discussion, communication, enquiry, and discovery.

What is the Definition of Liberal Arts? – It Largely Comes Down to How Universities Structure Liberal Studies Curriculum

If liberal studies can be just about everything you study, then what does it mean to call a degree a liberal arts degree?

There are actually two different liberal arts meanings when it comes to college degrees:

1) A degree in the liberal arts and sciences isn’t necessarily exclusively focused on those seven pillars of ancient study. Today, the meaning of liberal arts has shifted to cover just about any degree program that isn’t purely vocational or professional in nature. That can include degrees such as:

Liberal arts colleges typically establish a series of general education requirements that have to be filled by all graduates, regardless of their degree. These are usually split into categories such as science, literature, diversity, quantitative and symbolic reasoning, and the like. You can fulfill them by picking elective courses in a wide variety of subjects in those categories, so no two degree plans are exactly alike. But every graduate has a similar basis of broad-based training in communication, arts, and sciences.

2) Dedicated liberal studies degrees, like the BLS or MLS, that focus on liberal arts first, and other areas of study only secondarily. You can find them at different schools under different names:

They are offered at every level, from associates to doctorates, and in all cases offer a diverse curriculum in the classic tradition, designed to develop students who are well-rounded critical thinkers, problem solvers, and global citizens. And in keeping with the times, today’s liberal arts degrees offer an array of concentrations, including all the humanities and sciences options you would expect, along with more contemporary and technologically oriented topics like data science.

Liberal arts degrees often come in the same concentration areas as other arts degrees (AA, BA, MA), just like those listed above. You can earn a bachelor of liberal arts with a concentration in economics, or in history, for example. And, you’ll probably take many of the same classes that you would find in a traditional major in that subject.

The difference is one of focus. A liberal arts degree will teach you thinking skills first, and the subject matter second. Your primary goal will not be to learn the details of today’s theories of economics and wealth, but rather to take in information and gain the skills to evaluate historical, modern, and future theories as well. It’s a way to future-proof your education in any subject, as well as setting you up for cross-disciplinary pursuits.

Put another way, liberal arts is an approach to learning and education that bets that the research and thinking skills of a general studies curriculum will put you way ahead of the narrow, specific topics you learn in a professional or vocational degree.

How the Liberal Arts Give Meaning to Every Aspect of Society, From Politics to Business

The influence of liberal arts in modern American society is so pervasive that it can be hard to spot. But it’s difficult to separate the history of Western society from the liberal arts-based educational style that has grown up with it.

Pythagoras, Aristotle, Socrates, and the other forefathers of Western civilization came to the subjects and methods of enquiry of liberal arts out of a hunger for universal understanding. They believed that the universe was rational, that humans could make sense of it, and that a democratic society required spirited and informed debate based on established facts in order to function.

Those beliefs are ones that we have built on today as the cornerstone of our civilization. The scientific method rose from that line of thinking. Ideas of liberty and justice emerge from universal equality. And democracy itself continues to rely on informed and active citizens dealing with common facts.

The study of liberal arts today fuels new advances in equality and science alike. What are the qualities of liberal studies that can power such apparently unrelated fields? You might boil them down to these:

Liberal arts is a field that is both constant and constantly evolving. The long lineage of rational thinkers shares that heritage of logic, communication, and the value of knowledge. Yet every new graduate in the field adds to that heritage in their own way.